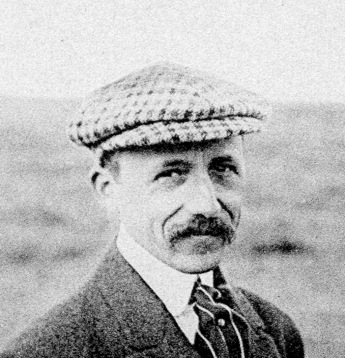 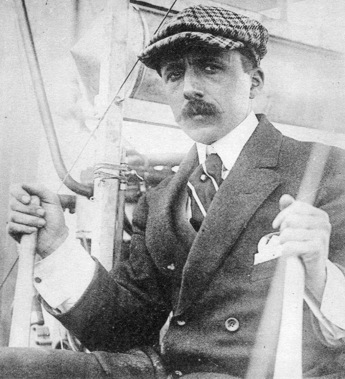 ... and clutching the double control levers of his Wright. (2)

He got started in aviation by flying balloons. He made more than a hundred balloon flights, totalling 618 hours and 14,063 kilometres. After trying airships he became the second European to be trained by Wilbur Wright. He first flew solo in Pau in March 1909, after three hours of instruction. He was the third pilot to set an official absolute speed record, 54.81 km/h, in Pau on 20 May 1909. He participated in the 1909 Vichy and Reims meetings, and then continued as a flight instructor at the French Wright licensees Ariel, but he appears to have left active flying in early 1911.

He experimented with hydroplane boats together with fellow aviation pioneer Count Charles de Lambert and lost a substantial amount of money invested in de Lambert's enterprises. He was the first to reach 100 km/h on water in one of de Lambert's hydroplanes.

He became vice-president of l'Aéro-Club de France and was Secretary General of the FAI from 1919 to his death in Paris on March 11th, 1945.

When the first French "Brevets de Pilote" where granted in 1910, Tissandier originally received No. 13, based on the alphabetic order between the first fourteen holders. This was later changed to 10 bis in order to avoid the "unlucky" number.