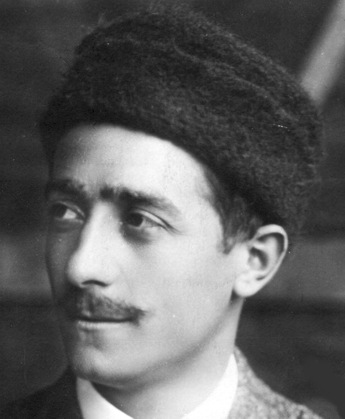 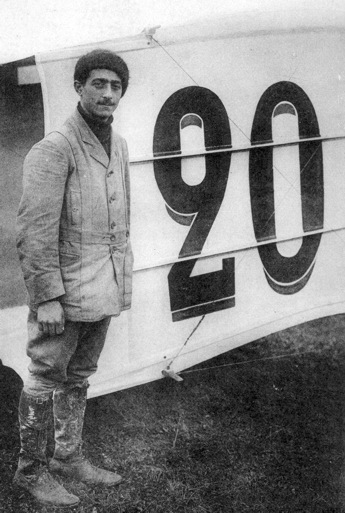 Paulhan standing by the tail of his Voisin at the 1909 Reims meeting. (2)

Isidore Auguste Marie Louis Paulhan was born on July 19, 1883 in Pézenas in southern France. He briefly went to sea in his youth, before joining the army and serving in a balloon battalion under Ferdinand Ferber. After his military service in 1905 he worked on airships under the airship pioneer Surcouf.

He built flying model airplanes, some motorized, in his spare time and entered competitions. In June 1908 this paid off in a big way when he won a competition organized by the French Aero Club. The prize was to have his design built in full scale, but instead he was given a Voisin plane. It didn't have an engine, but thanks to friends he managed to get one of the first Gnôme rotary engines.

Paulhan learned to fly during the autumn and winter of 1908 and qualified as pilot in February 1909. After his successes on the Voisin during the 1909 meetings he became a Farman pilot. He flew successfully in meetings in several countries, for example setting a world altitude record in Los Angeles (1209 m) and winning the Daily Mail London-Manchester price after an epic flight beating Claude Grahame-White. He was also a seaplane pioneer, being one of the first to fly the Fabre plane. In the autumn of 1910 he became a constructor, designed several types and built Curtiss seaplanes under license. When his businesses failed in 1913 he was employed by the Serbian government to develop aviation in the country.

During WW1 he was drafted as a lieutenant. He flew combat missions in Serbia and worked as a test pilot. After the war he continued designing seaplanes. He also worked in the surface-treatment industry and with the Dewoitine company. He retired from aviation in 1937, when his son, a test pilot, was killed in an accident. He died on February 10th, 1963 in St-Jean-de-Luz in south-western France and is buried in Pézenas.

When the first French "Brevets de Pilote" where granted in 1910, Paulhan received No. 10, based on the alphabetic order between the first fourteen holders.