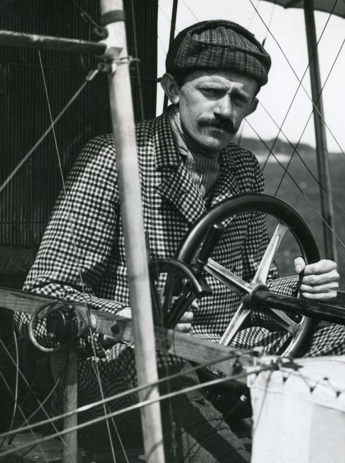 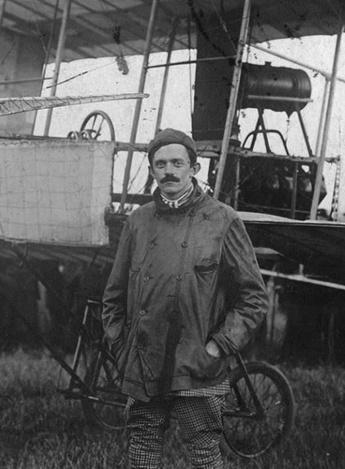 Alfred Christian Nervø was born in Copenhagen on October 10th, 1879, the son of a restaurant owner. His original family name was Nielsen, but he changed name in 1903. After finishing his education he was briefly employed as an office worker, but for most his life he worked as a journalist. He worked at the newspaper "Politiken" from 1905 to his death, specializing on sports. He was a motoring enthusiast and set an automobile cross-country record between Copenhagen and Fredrikshavn in 1906.

Nervø witnessed JCH Ellehammer's first flying experiments in 1905, which made him interested in aviation. In 1909 he visited the Reims aviation meeting together with Robert Svendsen and after the meeting they both bought airplanes and learned to fly at the Voisin school in Mourmelon. He participated in the 1909 Frankfurt meeting, where he won the prize for slowest flight. From the beginning of 1910 Nervø and Svendsen flew at Kløvermarken outside Copenhagen. His most famous flight was when he circled Rådhustårnet, the tower of the Copenhagen City Hall, on June 3rd, 1910.

He appears to have left aviation soon afterwards but continued to be involved in motorsports, for example organizing several automobile contests. He also organized several other sports events sponsored by "Politiken". In 1915 he wrote a book about war in the air and his autobiography "Ti aar bag rattet" ("Ten years behind the wheel") is an important contribution to the history of Danish motorsport. He died in Copenhagen on August 11th, 1921.