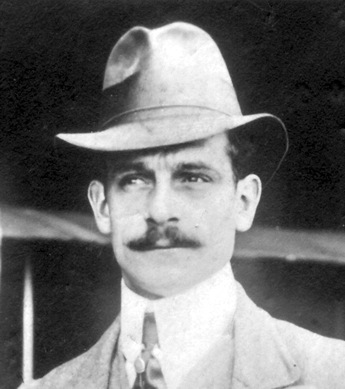 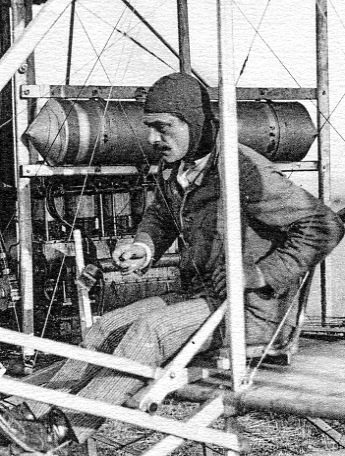 Lefebvre sitting in his Wright, probably at the 1909 Reims meeting. (2)

Eugène Ernest Arsène Lefebvre was born in Corbie in northern France on October 4th, 1878. He was the son of a successful civil engineer and was himself educated at the "Institut Industriel du Nord de France" in Lille. During his youth he was a successful bicycle racer. After his graduation he joined a company that built and installed refrigeration machinery for ships, for which he spent three years in Russia.

After returning to France he was hired as an engineer by Ariel, the French Wright producers. He taught himself to fly the planes when the normal company pilots, Paul Tissandier and Charles de Lambert, were not available during a tour in the Netherlands. He made his first flight on July 18th, 1909. He participated in the 1909 Grande Semaine d'Aviation of Reims, where he finished fourth in the Gordon Bennett Trophy race. His spectacular displays at Reims arguably qualify him as the world's first aerobatic flyer.

Unfortunately he survived less than two weeks after the Grande Semaine. On September 7th, 1909 he became the world's first pilot to be killed in an accident when a Wright, which he was testing before delivery, suddenly dived into the ground from an altitude of six meters at Port-Aviation outside Paris. The reason was probably elevator control failure. Lefebvre suffered head injuries and died immediately.