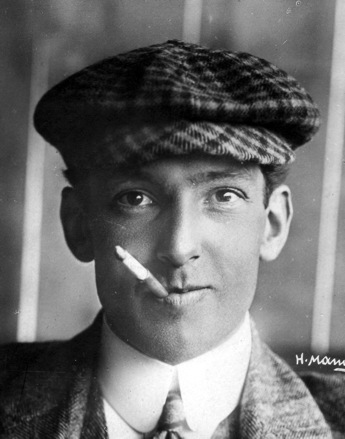 Hubert Latham striking a relaxed pose with his trademark cigarette. (1) 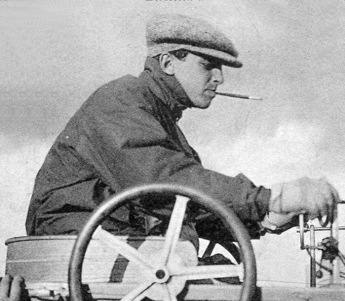 Latham at the controls of his Antoinette during the 1910 Rouen meeting. (2) 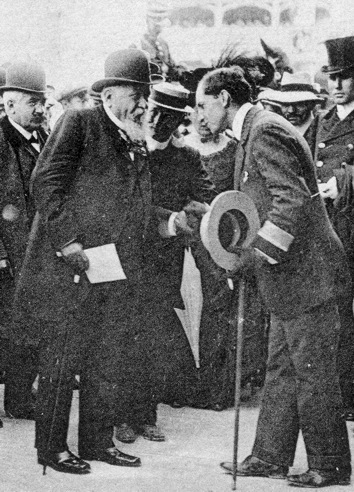 Latham shaking hands with Armand Fallières, the president of France, during the 1909 Reims meeting. (2) 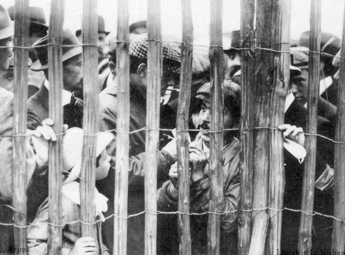 Latham cornered by autograph hunters during the 1909 Reims meeting. (3)

Arthur Charles Hubert Latham was born in Paris on January 10th, 1883. His family was wealthy, his father was a trader of indigo and other commodities and his mother came from a banking family. His father, who had English family background, died when Hubert was two years old and he was raised in a cosmopolitan environment. He spoke fluent English and German and studied in Oxford before his military service. He was a sportsman and tried several sports, including hunting, ballooning and speedboat racing. He also made an expedition exploring Ethiopia and travelled to the far East.

In 1908 he became interested in flying and approached Léon Levavasseur's Antoinette company, where he learned to fly and became the company's chief pilot. He famously competed with Louis Blériot over who would be first to fly over the English Channel, but lost after ditching because of engine problems.

He was the undisputed master of handling the difficult Antoinette monoplanes. He beat the world altitude record a couple of times and scored several spectacular successes, for example at the 1909 Reims, Blackpool and Berlin meetings. His looks, manners and lifestyle made him an international celebrity. His flying prompted long-time aviation journalist Harry Harper to almost fifty years later write that "I do not think there was ever a finer pilot".

However, there were also lacklustre meetings where neither the Antoinettes nor Latham performed well, such as the 1909 Frankfurt and Port-Aviation meetings and the 1910 Heliopolis meeting. In 1910 and 1911 he participated in several more meetings and made a tour of the USA, where he famously shot two ducks from his airplane with a shotgun, but the Antoinettes were getting outdated and he never achieved the same level of success again.

When the Antoinette company folded in the end of 1911 Latham, probably frustrated with aviation and Levavasseur, turned to exploring and big-game hunting and travelled to French Congo in Africa. On June 25th, 1912 he was killed under obscure circumstances in what is now southern Chad. The official reports described it as a hunting accident and that Latham had been mauled by a wounded buffalo, but there are also indications that his injuries were not consistent with that and that he might have been murdered by his porters.

When the first French "Brevets de Pilote" where granted in 1910, Latham received No. 9, based on the alphabetic order between the first fourteen holders.