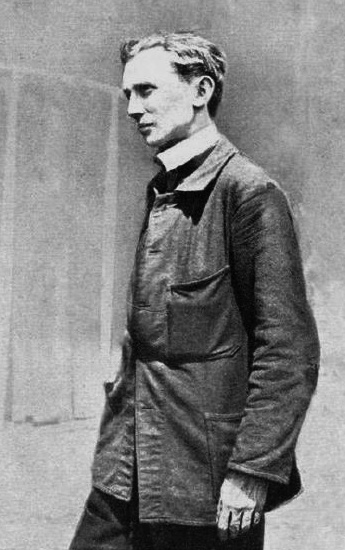 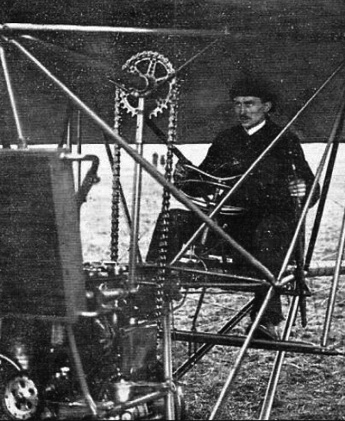 Dorner at the controls of his monoplane. The tractor propeller identifies it as the first version. (2) 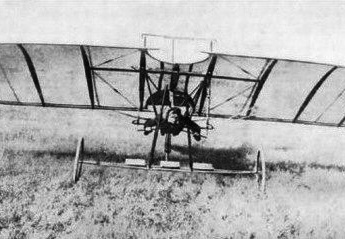 Dorner at the controls of the glider that he built together with Gottfried Begas. (1)

Hermann Isaak August Dorner was born on May 27th, 1882 in Wittenberg, the son of a professor of theology. He was interested in flight from early days and made his first glider experiments as a teenager on the dunes of Königsberg (now Kaliningrad), where the family had moved. After a year of military service in the Navy he graduated as Diplom-Ingenieur in shipbuilding in 1906.

After briefly working at a machinery company he received support from the Berliner Verein für Luftschiffahrt and the Kriegsministerium to make flying experiments. Together with his friend Gottfried Begas he built a glider, which in 1908 made flights of up to 80 metres at altitudes of up to 7 metres at Schöneberg. In the end of 1908 he designed and built a 20 hp engine and a high-wing monoplane. He entered the 1909 Berlin-Johannisthal aviation meeting, but with the untested machine he could not achieve much. After the meeting he installed himself in one of the empty hangars at the Johannisthal airfield. After several crashes and rebuilds he won the third "Lanz-Preis" on July 11th. This prize was awarded to the five first German pilots in German machines completing a figure-eight flight around two markers, one kilometre apart.

In September 1910 the "Dorner-Flugzeug-GmbH" was registered and Dorner started a flying school. During the next couple of years he developed new, larger and more powerful versions of his monoplane. One of them set a passenger altitude record in 1911, but unfortunately crashed fatally after the record flight. Dorner was not much of a businessman and with money running out and without hoped-for military orders the company was liquidated in the summer of 1913.

After the closure of his company Dorner worked as a teacher for "Luftfahrerschule Adlershof" and then for the "Deutsche Versuchsanstalt für Luftfahrt" (DVL). After brief periods at a couple of other companies Dorner was employed by DFW. He designed the unsuccessful T.28 "Floh" for them, but also more successful multi-engine R-types. In 1916 he moved to Hannover, joining the "Hannoverschen Waggonfabrik" as "Chefkonstrukteur". He designed several successful types during the war. After World War 1 he worked with passenger plane projects and sailplanes, before leaving the company in 1923.

Immediately afterwards he started the "Dorner-Ölmotoren AG", which built light-weight diesel-engined cars for a couple of years until it went bankrupt. Dorner then worked for other engine-builders and travelled to the USA in 1926, working for International Harvester and Packard, resulting in Packard's 1928-1929 pioneering radial diesel aero engine. He returned to Germany in 1931, but there were no openings for him, so he started a furniture factory in Hannover. The money it generated enabled him to continue his research, which resulted in several patents, for example for propellers and aircraft control systems. During World War 2 he worked on submarine projects and designed an air-launched "manned bomb", from which the pilot would parachute to safety, for defence against bombers.

Dorner's properties in Hannover were destroyed or damaged by allied bombings. After the war his assets in the USA were confiscated. Although he received several awards and decorations he had little income and had difficulty makings ends meet. During latter years he also suffered from effects of a concussion that he had suffered during a crash in 1910. Dorner passed away from heart failure in Hannover on February 6th, 1963.