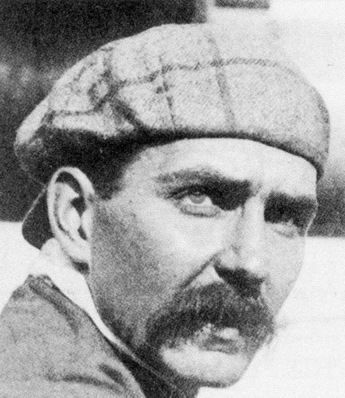 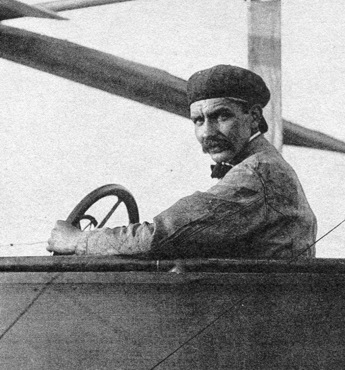 Louis Charles Breguet was born on January 2nd, 1880 in Paris and lost his father at the age of two. He came from a family with industrial and scientific background - his great grandfather founded the famous Breguet watchmaking company and was a member of the "Academie des Sciences". He graduated from the École Superieure d'Électricité in Paris and worked in the family company, which manufactured electrical equipment in Douai in northern France. He was interested in sports and as so many other technically interested sportsmen of the time he got interested in flying.

He made his first flying experiments in 1907 with a large four-rotor helicopter-like "gyroplane", together with a professor Richet. After these unsuccessful experiments he turned to airplanes, and flew his first own construction, the "Type 1", in the summer of 1909. This was followed by other more successful types during the following years, and Breguet quit competitive flying to concentrate on development and manufacturing. This didn't stop him from making some memorable flights, for example carrying eleven passengers in a 90 hp plane in 1911.

Breguet joined the army at the beginning of WW1 and made several reconnaissance flights during the beginning of the war, but turned back to airplane manufacture. More than 6,000 Breguet planes were built during WW1. Breguet continued to be involved in development and testing, often making test flights himself.

In February 1919 he started the "Compagnie des Messageries Aériennes", which became one of the origins of Air France. Breguet planes made several great long-distance flights during the 1920s and 1930s, for example those of Costes, Bellonte and Codos in the Breguet 19TF "Point d'Interrogation".

He was also a keen sailor and won a bronze medal at the 1924 Summer Olympics as helmsman of his yacht Namoussa.

Louis Breguet was still active when he passed away in Saint-Germain-en-Laye in France on May 4th, 1955 after a heart attack. The Breguet company survived until 1971, when it was bought by Dassault, and Breguet "Atlantic" reconnaissance planes still serve in the French armed forces.

Breguet qualified for a French pilot's licence in 1910, as number 52.