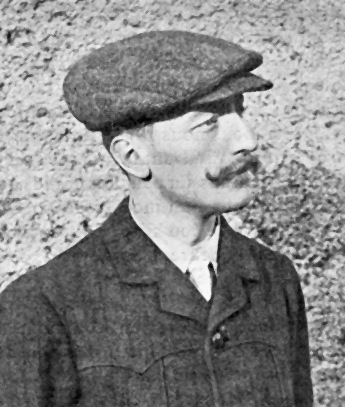 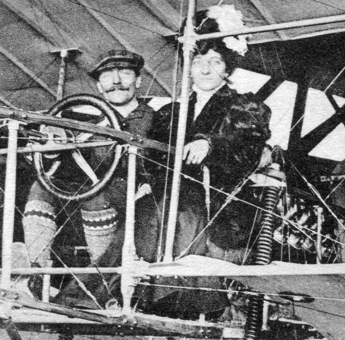 Zipfel posing at the wheel of his Voisin. The photo was probably taken during his displays in Berlin in 1909. (2)

Armand Zipfel was born on June 17th, 1883 in Albigny sur Saône, a village north of Lyon in central France. His father was from an Alsacian family which had fled after the war of 1870. The father owned a company in Lyon that built organs, where young Armand learned about mechanics. Armand was a neighbour and youth friend of the Voisin brothers and sailed and experimented with motor boats on the Saône river together with them. He built a glider in 1906, but never tested it.

After witnessing the flights of Henry Farman, he decided in early 1908 to build a motorized airplane. He started the "Ateliers d'Aviation de Sud Est" and was allowed to use the drawings of the Voisin biplane. He made his first successful flights at Villeurbaine, east of Lyon, in November 1908, becoming the sixth Frenchman to fly.

After learning to master his machine he toured Europe displaying it during 1909, visiting Berlin in January, Constantinople in September and Lisbon in October. He was the first man ever to fly in Portugal. He also made an unsuccessful appearance at the Vichy Aviation meeting. After another visit to Germany in early 1910 he appears to have stopped flying in public, but his company built aeroplanes for other people and he worked as a flight instructor.

During the 1930s he was recorded as a landlord in Lyon. After his retirement he lived in deep poverty, his aviation exploits long forgotten. He died under sad circumstances on February 2nd, 1954. After escaping from the public nursing home in Albigny where he lived, his body was found several days later on the banks of the cold Saône river.