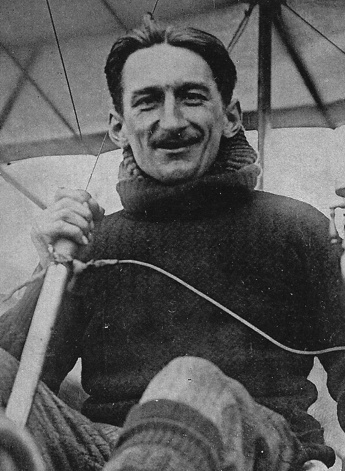 A portrait of Georges Legagneux, taken before the 1910 Circuit de l'Est. (1) 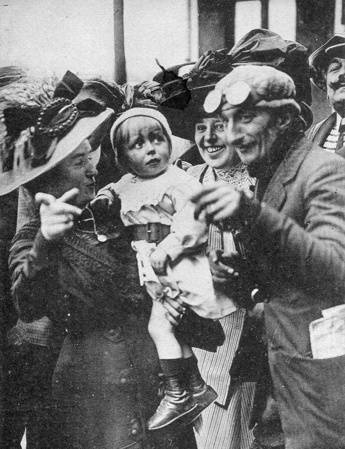 Legagneux with his wife and son, after finishing one of the stages of the 1910 Circuit de l'Est. (2)

Georges Legagneux was born on Christmas Eve 1882 in Puteaux, a suburb west of Paris. Like many other aviation pioneers he raced bicycles in his youth. At the age of 21, when he was working as a mechanic at the local tramways, he was hired by engine manufacturer Léon Levavasseur, who had an operation in Puteaux. He soon started working for Ferdinand Ferber, who used Levavasseur's Antoinette engines for his projects. After a couple of years of delays Ferber's Model IX biplane was finally ready for its first flights in 1908. On August 19th Legagneux won a prize from the Aéro-Club de France for a 256-metre flight with the Ferber IX at Issy-les-Moulineaux.

Legagneux then left for Henri Farman. He apparently worked there only briefly, but he became the first man to fly a powered airplane in Austria when displaying Farman's Voisin in Vienna in April 1909. He was then employed by the Voisin brothers, for whom he became flight instructor and made flights in Denmark and Russia. In July 1909 he became the first to fly a powered airplane in Sweden. He participated in the August 1909 Reims meeting, where he shared the piloting of Ferber's Voisin.

In early 1910 he moved to the recently started Sommer company and flew its biplanes in several meetings, for example in Lyon, Angers and Reims. In the cross-country race Circuit de l'Est he flew the Farman of his close friend Georges Martinet. In the end of 1910 he bought a Blériot, and on December 8th raised the world altitude record to 3,180 metres. Less than two weeks later he became the first to make a non-stop closed-course flight of 500 kilometres. The popular and easy-going "gamin de Paris" won more than 100,000 francs of prize money in 1910.

In 1911 he participated in several meetings in his Blériot. In 1912 he flew different types, including Paul Zens monoplanes, and on September 17th reclaimed the altitude record, bringing it to 5,450 metres in a specially modified Morane-Saulnier. He also started a flying school in Corbeaulieu, near Compiègne north of Paris, together with Robert Martinet. On New Year's Eve 1913 he reclaimed the altitude record a third time, a feat unique in aviation history, by reaching 6,120 metres in a Nieuport, without using any breathing aids.

On July 6th, 1914 Legagneux's luck ran out. During a display over the Loire in Saumur he lost control of his plane, which dived at high speed into the river. The cause of the accident could not be determined, but it was speculated that the propeller broke. Legagneux was fatally injured when the plane hit the water. At his death he was almost certainly the most senior active pilot in the world, and definitely one of the most versatile and experienced.