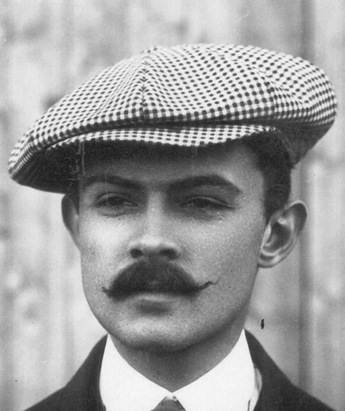 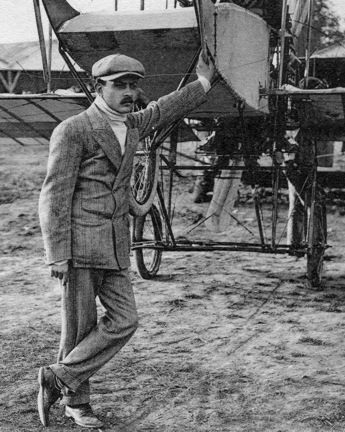 Jean Gobron was born in Paris on May 30th, 1885. His father was a senator from the Ardennes and manufacturer of the luxurious Gobron-Brillié automobiles. Jean Gobron was educated both in sciences and writing, but he was also engaged in different sports and took part in several automobile races, driving cars of the family brand.

He flew for the first time on May 12th, 1909, in a Voisin with an engine of the family company's own manufacture, and immediately showed talent. He participated in a couple of meetings during 1909, achieving several good results at the Paris "Grande Quinzaine", but had a serious accident in the Heliopolis (Egypt) meeting in February 1910, where his plane caught fire 70 metres over the desert.

He gave up flying soon afterwards and succeeded his father as manager of the Gobron-Brillié company. The car factory survived World War I, but the company refused to adopt modern production methods and was closed in 1930 after a long period of decline. Gobron was mayor of Buzancy in the Ardennes and also worked as an aviation expert in the insurance business.

When the first French "Brevets de Pilote" where granted in 1910, Gobron received No. 7, based on the alphabetic order between the first fourteen holders.