The Caen meeting was not one of the richest and biggest of 1910, but still attracted famous pilots Léon Morane, Émile Aubrun, Marcel Hanriot, Robert Martinet and a handful of others, while Antoinette pilot René Labouchère dropped out at the last moment. It was the first meeting where more than a couple of military pilots appeared. Five officers were entered and contested several prizes. 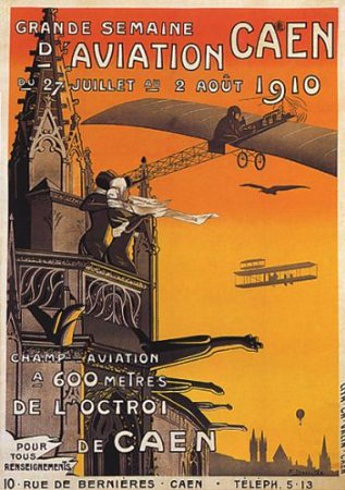 The meeting was hit by bad weather on several days and no records were beaten, but it was a safe meeting without serious accidents. Sixteen-year old Hanriot won the endurance contests with a big margin, while Morane won the speed and altitude contests.

You will find the pages here - please enjoy! As usual, your feedback and corrections are welcome.

Return to “Updates on thefirstairraces.net”

Users browsing this forum: No registered users and 2 guests